Where the Name of the Father is Proclaimed !

The Charge and Commission to speak as Boldly as I ought.

All of the Scriptual Understanding that is found within this Website has been passed down to me through many generations [2 Tim 2:2 "the same commit thou to faithful men, who shall be able to teach others also."] ; and then in these last days, I have been further helped with the aid and access to multitudes of available Information on the Internet [Daniel 12:4 "and knowledge shall be increased"].

Everything that I have recieved concerning the Word of Shaddai 'El YaHuWaH, has been given only as a result of, and according to, the request I had made in Prayer back in 1976. I was 21 years old when I made a deep, formal commitment, asking that I may recieve of YaHuWaH; knowledge, wisdom and understanding through His Set-Apart Spirit (the Qodesh Ruach) [Yohanan 14:26; 16:13].

"Now, if any of you lack wisdom, let him ask of 'Elohim, who gives to all generously, without reproach; and it shall be given him. But let him ask in Faith, doubting nothing..." (James 1:5-6)

I asked these things in Faith, that I may recieve a deeper understanding from YaHuWaH, through His Spirit; and that He may teach me the fine points regarding Himself, and His Son YaHuWSHu'A. That these things may also confirm those things that were expressed to, and made known to me as a child.

"But you, continue in what you have learned and have become convinced of, recalling the people from whom you have learned these things; and remembering how, from childhood that you have known the Set-Apart Scriptures, which can give you the wisdom that leads to deliverance, through faith in YaHuWSHu'A the Messiah." (2 Tim 3:14-15)

That I may also come to know more fully in these Last Days, the Mysteries of the Kingdom of Heaven.

"Do your utmost to show yourself approved unto 'Elohim, a workman who has no need to be ashamed, correctly using the word of Truth." (2 Tim 2:15)

All I have learned from YaHuWaH, and Faithful Men. Properly led by the Spirit of 'Elohim, in order that I may be able to pass this knowledge on to others, just as it was passed on to me. And that those who read, may share and pass this on to others as well. That they all might have a much deeper relationship with Shaddai 'El YaHuWaH, through His Only Brought Forth Son, the Messiah YaHuWSHu'A whom the Father sent.

"And this is life eternal; that they may come to know You, the One True 'Elohim, and YaHuWSHu'A the Messiah, whom you sent." (Yohanan [John] 17:3)

I, Guy Oddo, servant of our Savior, YaHuWSHu'A.

Peace and grace unto you from the 'Elohim and Father of our Master YaHuWSHu'A the Messiah.

This is in regards to a Question concerning my Anointing by

(QoDeSH RUaCH), in the name of His Only Brought-forth Son

(YaHuWSHu'A). My Public Baptisim by two "Messianic YaHuWDiYM"; one who Immersed me [Carl Minnic], and one who stood witness [Robert Meyer], besides the rest of the assembly, and my heritage of Hebrew Descent (as expressed by my Grandfather and my Dad, from the tribe of Naphtali). 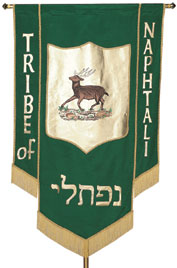 In this Declaration I will use the INSPIRED PALEO-HEBREW Script. Furthermore, I will leave its inclusion specifically to the Name of the FATHER

, the name of the Son

; and the "Title" of the True Anointed of the Messiah

The Name of the Father...

The meaning of the Name of the Father is: I AM HE WHO IS SELF EXISTANT. He is the ONLY True 'Eloah, there is No Other. He is the Shaddai 'El (Almighty God).

He came in His Fathers Name !

This is in fulfillment, according to multitudes of Scripture, and narrowed down to this one as spoken by our Savior (found at Yohanan 5:39-47.

The meaning of the name of the Messiah is: I AM He Who Is Thy Salvation (Deliverer), which further correspondes to these Scriptures.

* "Blessed is he who comes in the Name of YaHuWaH !"

Now, the Title of his Anointed is

; and is written in the Chaldaen Hebrew (aka. Post-exilic, or contemporary) as

, through His Only Brought-forth Son

And we who are Truely, Spiritual Yisrael (Israel),

Henceforth this Declaration, according to the Dispensation of

Now remember, Hebrew letters read from right to left <---, and English from left to right --->.

The following is a full Transliteration and Translation of the above :

The Chief Persecutor Sha'ul (Saul) became the Chief Apostle, and the Leader of the the Group begun by

, known as the NaTSaRiYM (Nazarenes)* Acts 24:5. {*not to be confused with the False Nazarines that came from the "Catholic Church" after the Protestant Reformation)

Now, as shown above, the Inspired Paleo-Hebrew Script is

(Natsariym) [Watchmen], and in the singular means Watchman ; and depending on the context, it can also express the meaning to: Protect, Maintain, Keep, Obey, Preserve; and in a specific as "A BRANCH" or "Branches".

Concerning the term "Watch or Watchman"

"Son of Man, I have appointed you to be a Watchman for the house of Yisrael. When you hear a word from My mouth; you are to warn the person for me.

"If I say to a wicked person, 'You shall surely die', and you fail to warn that wicked person, speaking to him and warning him to leave his wicked ways, to save his life; then that wicked person will die in his guilt, and I shall hold you responsible for his death. On the other hand, if you do warn that wicked person and he does not turn from his wickedness or his wicked ways, then he will still die in his guilt, but you will have saved your life. Similarly, when a righteous person turns away from his righteousness and commits wickedness, I will place a stumbling block before him, and he will die; because you failed to warn him, he will die in his sin, his righteous acts which he did will not be remembered; and I will hold you responsible for his death. But if you warn that righteous person, that the righteous person should not sin, and he does not sin; then he shall surely live because he recieved the warning; and you will have also saved your life."

"You can trust in what I have spoken, and I want you to speak these thing constantly, that those who have placed their trust in 'Elohim, may maintain themselves unto good works. These are both good and valuable to the community."

"Purge out therefore the old leaven, that you may become fresh dough, as you are unleavened. For even Messiah our Passover is sacrificed for us. Therefore let us keep the Feast, not with the old leaven, neither with the leaven of wickedness and malice, but with the unleavened bread of purity and truth."

"And the Dragon was infuriated over the woman, and went to make war with the remnant of her children, those who keep the commandments of 'Elohim, and hold to the testimony of Yahuwshu'a."

"I am the true vine, and my Father is the gardener. Every branch which is part of me yet fails to produce fruit, He will cut off; and every branch that does bear fruit, He will prune, that it may produce more fruit. Right now, because of the words that I have spoken to you, you have been pruned. Stay united with me, as I will be with you - for just as the branch can not put forth fruit of itself seperate from the vine, so you can not bear fruit apart from me.

"I am the Vine, you are the branches. Those who stay united with me, and I with them, are the ones who bear much fruit, because apart from me, you can do nothing."

(Messianic Natsariym) are the "Branches" and the "Watchmen" of

My Name : Guy Oddo (is from Hebrew Origins) and by the inspiration of the Set Apart Spirit of YaHuWaH 'Elohim upon my mother, who also almost named me "Omar" after my grandfather, meaning "Talkative". I would have been named Omar Guy Oddo.

= GaW; meaning : in the middle, midst, therein ; also meaning: to lift up, exalt.

= ODe-O ; meaning: Timely Appointed, in Advance; this is from a root word

= ODe; meaning: to give account, to testify, bear witness, give warning, admonish; also, to restore , and reiterate.

"Nevertheless, according to His promise, we look for new heavens and a new earth, wherein dwelleth righteousness.

"So then beloved ones; Looking foreward to this, do your utmost to be found by Him in Peace, spotless and blameless.

"And consider the patience of out Master as deliverance, as also our beloved brother Sha'ul wrote to you, according to the Wisdom given him, as also in all his letters; speaking in them concerning these matters, in which some are hard to understand, which those who are untaught and unstable twist to their own destruction, as they do also the other scriptures.

"You then, beloved ones, being forewarned; Watch, lest you also fall from your own steadfastness, being led away with the delusion of the Lawless*.

"But grow in the favor and the knowledge of our Master and Savior, YaHuWSHu'A, the Messiah. To him be the esteem both now and forever. Amein."

And also to you, the Disciple/Student; this further word of encouragement from the Messianic Scriptures, known as the "Brit Chadesh" (New Covenant) !

You then, my child, be strong in the favor that is in the Messiah

. And what you have heard from me among many witnesses, entrust these to trustworthy men who shall be able to teach others as well.

Suffer hardship with us as a good soldier of

Think over what I say, and the Master shall give you understanding into all of this.

Do your utmost to show yourself approved unto 'Elohim, a workman who has no need to be ashamed, correctly using the word of truth.

To our Heavenly Father,

, who is able to strengthen you and establish you according to the Good News given to you-ward, by and through His Elect, and the preaching of

the Messiah, according to the revelation of the secrets which have been kept silent since times of old, but have now been made manifest even more so, and by all the Prophetic Scriptures, have also been made known to all the nations, according to the command of the Everlasting 'Elohim, for belief-obediance.

To YaHuWaH 'Elohim, who alone is wise, be the esteem through YaHuWSHu'A the Messiah, forever. Amein.